Between flat-sitting and visiting family, not much time for cartooning this week, so I'll show something that I'm working on at the mo'. 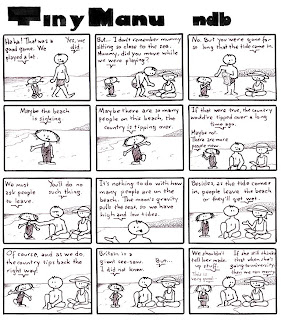 As a budding comic strip writer, I admit to being grimly fascinated by bad comic strips. Like picking a scab, I find myself drawn towards them day after day once I’ve found one. The idea that people either (a) think this is funny, or (b) think that other people think it’s funny amazes me.

The pinnacle of this was a comic strip called “Reliable Sources” which ran in the Metro in its first month or so. This strip was almost entirely without merit, such that I thought it might be a clever meta-comic strip, mocking other comic strips by using the same form in an unfunny, uninspiring way, it drew attention to the idea that perhaps all comic strips were like this. Then they dropped it, so perhaps it wasn’t.

These days, I like to torture myself by reading “As If”, a long-running strip in the Independent. Written by Sally Ann Lasson, this piece of work is breath-taking in its tiny set of pre-occupations, revolving entirely around the differences between men and women, delivered in two distinct formats with almost no concern for actually being funny. Like naive art scorns the more formal expectations of the art establishment, perhaps As If should be applauded for doing the same regarding humour. 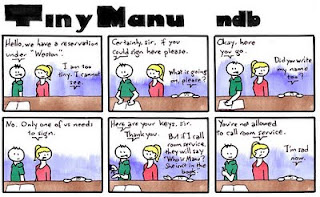 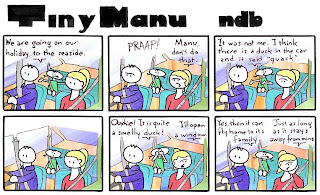 So, the new practice citizenship test

is online, and a number of my (British) friends gave it a go, and found that they'd fail to become citizens of their own country. With questions about where the European parliament meets and what year did women get the right to divorce their husbands, it turned out to be somewhat obscure. I thought about it, and wondered if these questions might not be a better measure of someone's Britishness.


1. When you hear people talking in the street in a foreign language, do you…

a) marvel at how multi-cultural this country has become?

b) assume they’re talking about you?

2. When you hear the national anthem in a public place, you should…

b) complain about the noise.


3. The British Empire was

a) an unworkable mess from the start.

b) the best thing that ever happened to them.

a) Isle of Wight 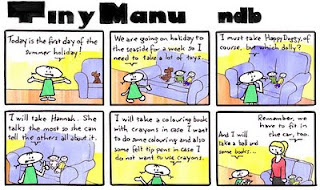 So, I’m now doing, on and off, two Japanese lessons a week. Both are in their houses, so I have to take off my shoes when I enter. This is no big deal, but it does mean that on those days when I have Japanese I have to choose my socks carefully.

At the moment, in my bag along with my homework and a dictionary, is a pair of clean, hole-less socks which I will change into after I’ve washed my feet and then I can head out, confident that I will not cause offence on my arrival. On those occasions that I forget, a quick trip to a sock shop is needed or else I spend the lesson self consciously tucking my feet under my chair in a futile attempt at maximising the distance between my socks and her nose. Makes it difficult to concentrate on grammar. I've even gone to the trouble of buying new socks if I realise I have no spares to change into.

Meanwhile, in a recent lesson, my teacher and I were doing adjectives, and I asked what the Japanese for "simple" was. She said it was "shinpuru", シンプル, a loan-word from English. I was quite disappointed by this. If you go to all the trouble of learning a foreign language, it almost seems a shame when they start using large chunks of yours. Although, obviously, they had words for these concepts before English started influencing the language (the proper Japanese word is "kantan", 簡単, btw) it does conjure up some weird images of people in old Japan struggling to verbalise certain concepts. Like for "door" the Japanese say "doa", which brings to mind people saying "Don't forget to close the thing when you leave." "What - the window? The cupboard?" "No, the other thing. You know. The thing you walk through."
Posted by Ersby at 11:19 No comments: