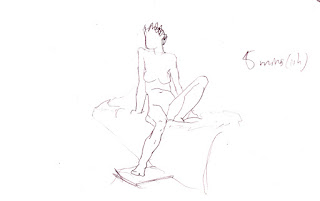 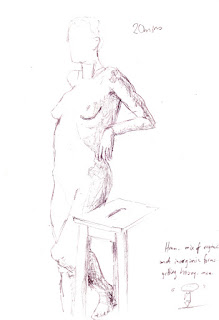 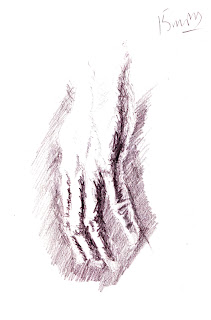 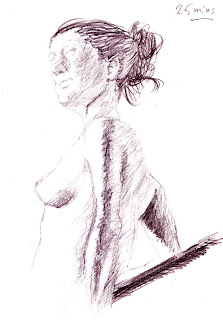 I enjoy reading about scientific controversies, especially noting how people react when their previously infallable theories are challenged by new research.

Thomas Jefferson Jackson See's scientific career covered a period of great discoveries in physics and geology that overturned previous thinking, and while he could have been a part of this great wave of new ideas, instead it left his promising career in tatters as he spent more and more time trying to reinvent classical science in the light of these new findings. 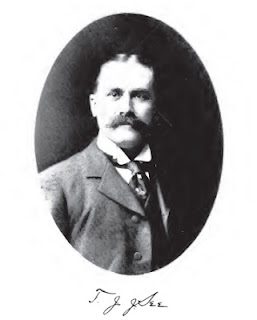 By all accounts, T. J. J. See was quite a pompous man, somewhat eager to believe that the successes in his early career would invariably lead to successes later on. His early work was marked by some keen insights as a telescopic observer, in particular with regards to the observation of binary systems. However, as he went from observations to theory, his thinking soon became somewhat eccentric.

He believed that mountains were caused by the motion of the sea, and he demonstrated the logic of his findings by working out the probability of so many mountain ranges being parallel to the sea. However, in his calculations, even if a mountain range isn't parallel to the sea he keeps adding it as if it was, until he has odds of a decillion to the power twelve to one against. 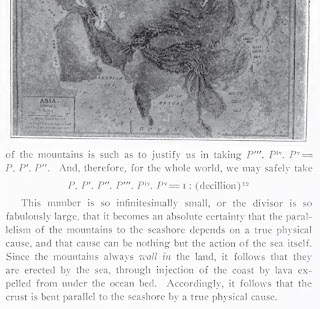 In 1913 he was the subject of perhaps the most fawning biography ever seen. Written by W.L. Webb*, it describes See's family and career to date in glowing terms, frequently throwing in comparisons to the great minds of science such as Plato or Newton. This reaches a pinnacle during a couple of pages in which See is compared to the astronomer William Herschel. 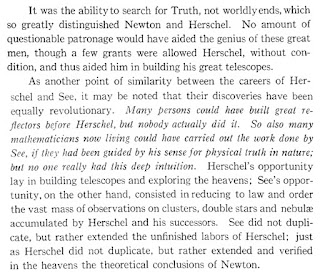 A couple of years after this biography, he announced his new theory regarding gravity. The New York Times reports on 11th July 1915, that T.J.J. See “says he has outdone Sir Isaac Newton”, and that gravity is a force of electricity and it propagates at the speed of light.

However, in 1916 Albert Einstein published his General Theory of Relativity, effectively making T.J.J. See's 600-page work obsolete in a matter of months. See continued to work on his "wave theory" throughout his life, from its first publication in 1917 to its final version in 1952. He attacked Einstein's work, and Time magazine from Saturday 21st April 1923 carries a story in which See criticised the Lick Observatory for publishing data that supported Einstein's theories, saying that Einstein was “an imposter and a plagiarist” (ironically, See was also accused of plagiarism during his student years) and that his theories were “crazy vagaries, disgraceful in a scientific age.” The Literary Digest from June 1923 has more details.

As Einstein's work became more accepted, so See became more marginalised. Scientific journals stopped publishing his papers, so See relied on journalists to spread his theories to the public. From articles in newspapers he continued to challenge the new scientific discoveries, but as time wore on even the popular press stopped using him as a source.

Throughout his career there is a recurring theme of a man capable of fine work but clinging to the classical era of science, unable to adapt to new data. His story is a stark reminder that reliance on authority, glowing testimonials from colleagues and an utter confidence in your own intelligence is no defence against being wrong. He was one of the greatest thinkers of his age, except that his age was a hundred years before he was born.

* Wikipedia says that there is suspicion that it was written by T.J.J. See himself, but I can't find any other source to back that up.

Thomas J.J. See, “The Cause of Earthquakes, Mountain Formation and Kindred Phenomena Connected with the Physics of the Earth”, The American Philosophical Society, 1906

Thomas J.J. See, “Electrodynamic wave-theory of physical forces ... announcing the discovery of the physical cause of magnetism, of electrodynamic action, and of universal gravitation”, Thos. P. Nichols & Son Co., Lynn, Mass, USA, 1917
Posted by Ersby at 15:59 No comments: 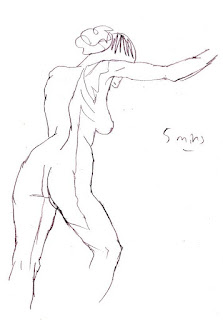 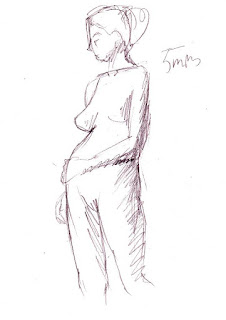 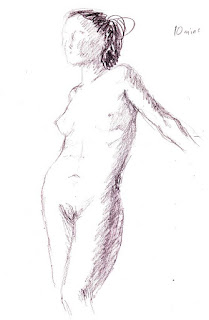 While looking through an archive of some old local newspapers, I came across this small news item in the Bristol Mercury for October 10th 1820. It tells of a robbery where three men, armed with bludgeons, stole a quantity of cheese from a shop.

It's fairly unremarkable, except I started to wonder about the circumstances of the crime. Did they go into the shop with the idea of stealing money, only to find the till was empty. Perhaps then they decided, since they'd come all this way and didn't want to go home empty handed, to demand that the shop-keeper hand over some cheese instead. Using the gruffest, most threatening voice you can use when stealing cheese, of course.

Or maybe the cheese was their target from the beginning. In which case, I imagine the three of them running down Lower Castle Street, lungs bursting with excitement because they've got the cheese!
Posted by Ersby at 20:16 1 comment: 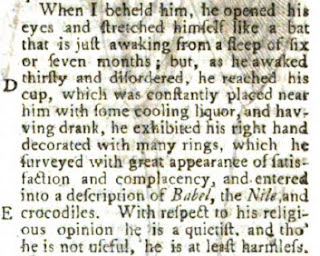 The Gentleman's Magazine for 1755 reports his death in that year, having not risen from his bed in 30 years.
Posted by Ersby at 14:32 No comments: