I'm currently in an internet cafe in Osaka typing to you, and as I do, I'm imagining the words being spoken by a plummy 1930's BBC announcer talking to you all the way from Ally Pally.

There's going to be a tsunami tomorrow, according to the TV. In fact every channe; has an icon in the corner of the screen of Japan, with the coast line colour coded according to the level of sea rise. I'm not feeling too worried myself since I'm quite a long way inland and on the 7th floor, but I do wonder if I'm taking my holiday in the middle of a little bit of history. We shall see: the last tsunami warning the Japanese gave out was withdrawn soon after so we'll see how long this lasts.

The flight was okay. Only got three hours sleep in the whole night, so I'm feeling a bit wired. Interesting things I didn't know about Japan is that the layout of the seats in train carriages can be arranged by switches near the driver's cabin. I watched as one guy made all the seats in all the carriages turn on the spot so they were facing the other way.

I also successfully piloted my first Japanese toilet, managing to avoid the "spray my bottom" button (not a literal translation, I admnit) and hit the flush button instead. Good job too, since I wasn't sitting down at the time and it would've sprayed most of the cubcile door. Anyway, inbuilt bidets aside, I can't say I'm too keen on the heated seats. It's like you'll always feel that someone's done a poo just before you did.
Posted by Ersby at 08:34 1 comment:

Still resting my right arm. Also it doesn't hurt, I'm taking no chances and trying to not use it until Monday.
Posted by Ersby at 14:21 No comments:

... to all you mathematicians. 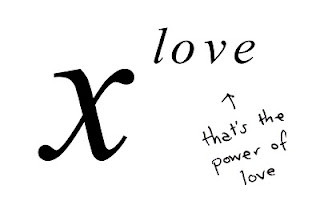 On wednesday I woke up with tingling fingers and a swollen feeling in my right arm. It seems that all my typing has left me with carpal tunnel syndrome, so now my right hand is in a support bandage and needs to be rested. Meanwhile, it's up to my left hand to do everything, although it turns out it has quite a nice drawing style.
Posted by Ersby at 13:35 No comments: 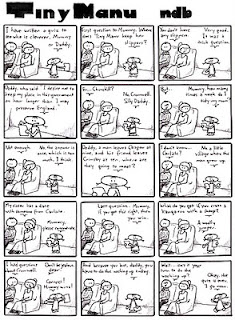