Recently I had a small but satisfying episode in which I discovered the location of an old film clip from Japan that I’d been trying to track down for ages.

I first saw the clip about a year ago. It’s a collection of slow tracking shots along various Japanese streets, film sometime in the 40s, after the war. It's quite interesting, especially the bit where a woman says goodbye to her husband and then, after walking a few paces, meets another friend by chance. I decided I would try and find out where it was. I translated a few of the signs, and got as far as working out it was probably in Tokyo, before giving up.

Last week, I found it again, and had another attempt at tracking down the location. I had no luck, so I decided to show it to a Japanese friend. She was able to translate a few more of the signs, including one I had got wrong. She pointed out Hibiya Byouin (Hibiya Hospital) and Tamura Machi (Tamura Town). I took some notes and later that day sat down to try again.

This time I got it down to an area. I found Hibiya Park, but no hospital, and then, by taking some screen shots and zooming in, which meant I found a road sign in English pointing to Shimbashi Station. This, coupled with the fact that a train could be seen passing over a bridge, narrowed the choices down to three or four.


Then I realised that the second clip was actually the same street as the first clip, only with the camera pointing in the other direction. And this time, there was a tram passing by. Suddenly, this became a big clue, but with the tram lines long since removed from streets and no street/tram map from this era online, I was missing the final piece of the jigsaw.

But the other day, just by chance, I was looking through some old maps online. To my surprise I found this site which did have that magical mix of street maps with tram lines. And when I looked at my suspected area, I found a tram line with a station called Tamura Machi right on one of my potential roads. This was the clincher! I'd found it! It was Sotobori Dori, in the Nishishinbashi area, just south of the Imperial Palace. 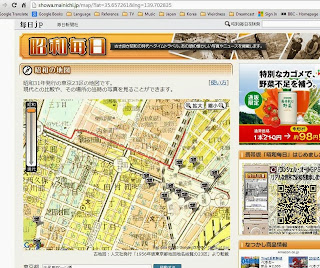 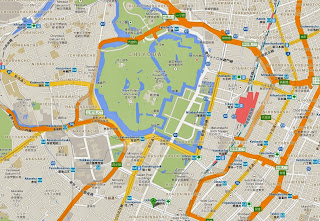 Of course, nothing is the same, except the width of the road. Everything else has changed since then. Shops, pavements, signs. Even the trees are new. I searched in vain for one thing that survived but I could not. 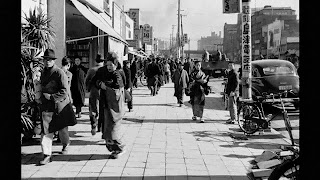 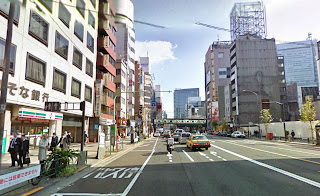 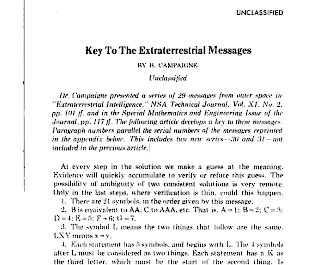