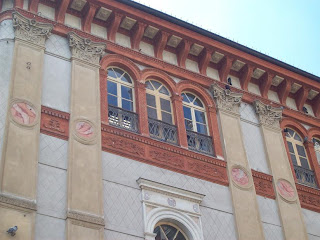 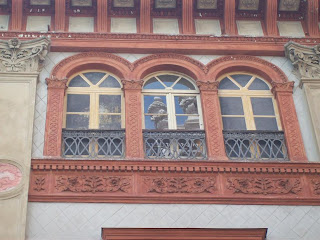 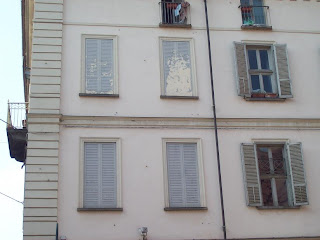 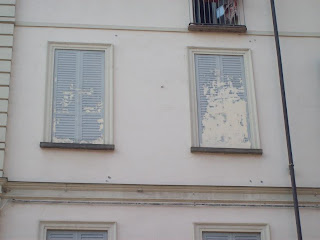 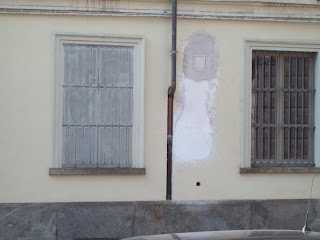 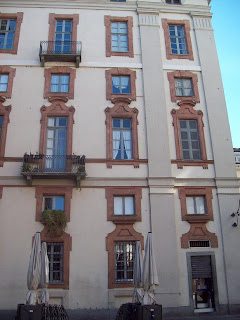 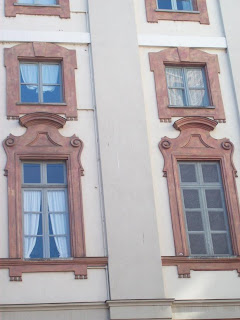 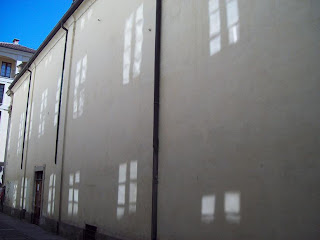 I've recently been on holiday in Turin, Italy, as you will probably be able to guess over the next week or so.

At the moment (until the 5th May 2013) at the Galleria d'Arte Moderna there is an exhibition called "The Seduction of Drawing", which focuses on works and sketches done in pencil or ink. It's very interesting, especially the small section that focuses on unfinished oil paintings. I found them fascinating and quite beautiful.

I took some photos of a few. The first two are by Massimo D'Aziglio but unfortunately, I didn't make a note of the name of the artist of the third painting. Sorry about that. 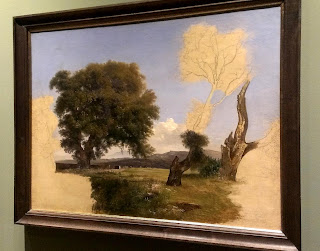 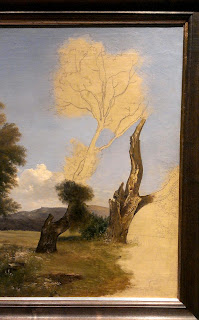 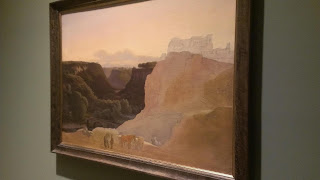 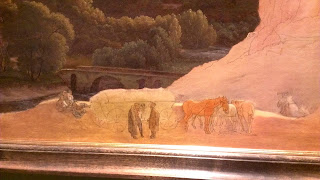 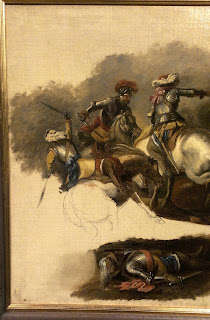 Chess from the dead

Between 1985 and 1993 Victor Korchnoi played a game of chess by mail against a psychic medium, Richard Rollans, who was apparently receiving his moves from the deceased chess player Geza Maroczy. The game lasted for 47 moves and ended with Korchnoi winning. There are a number of aspects to this game which are highlighted as evidence of after-death communications, but I shall focus on the discussion of Maroczy's playing style.


The game began in June 1985, with Rollans as white and Korchnoi as black. The first seven moves of both players are book play: they followed the standard opening of the French Defence, Winawer variation.

While this particular opening was known during his lifetime, Maroczy himself never played it, although he knew and used other variations of the French Defence. Interestingly, Korchnoi had played this uncommon opening as black only a few months earlier, against Ljubujevic, and Korchnoi lost.

Korchnoi commented during the game that "His play is old-fashioned. But... I am not sure I will win," and chess commentator Helmut Metz wrote that Korchnoi's opponent "controlled the end-game like the old masters from the first half of the century.”

But both Korchnoi's and Metz's comments were made when they knew of the supernatural source of "Maroczy"s moves, and are possibly over keen to see Maroczy's style in their interpretation. For example, Metz did liken the end game to the tactics of the old masters, but he also commends "Maroczy" twice for adopting newer styles of play during the game!


In a paper published in the JSPR in 2007, Neppe describe Maroczy's playing standard as being that of an high expert/low master, and he interpreted that as being a reasonable level for a Grand Master who'd been dead (and, one assumes, not regularly studying chess) for some decades. He also wrote at some length about how the moves couldn't have come from a computer.

One of the moves that Maroczy made was not on the list of suggestions by Sigma Chess 6.0 nor Fritz 9, the programs that Neppe was using to analyse the game and, therefore, unlikely to have been suggested by a computer. The move in question, 12. Bb5, is considered (along with Maroczy's move ten) to be the weakest move of the game.

I wanted to know how the game would be interpreted by someone who wasn't aware of the supernatural surroundings of the match, and by someone who was a little more knowledgeable of the game than myself. I went to a local chess club and there I asked a Chess Master who specialised in game analysis. I wanted to keep the spiritualist side of the game from him, and instead I asked if it was possible to detect a large age difference in the ages of two people playing. I considered this to be a suitable question, since most of the comments on the game have been about how Maroczy's style seemed “old fashioned” or particularly redolent of the 1930s.

He said it was impossible. He went on to say that some people think you can make those kind of judgements from the moves in a chess game, but it was like reading tea leaves, and people tended to read into things whatever they wanted to. Later, reading a book about machines that could play chess, I saw a quote from the Irish chess player C. H. O'D. Alexander,

“You cannot easily tell a computer from a human player by the style of its game. One sees exactly the characteristics the layman would least expect. The computer is not mechanically accurate and dull, but wild, ingenious and undisciplined.”

And of course, I wrote about my experiences playing 1K ZX Chess, when suddenly this extremely simple program pushed its queen into the centre of the board in what seemed to me like quite a dramatic and adventurous move. So, the idea that the style of chess can give you clues to the nature of the player seems to be on shaky ground.

Eisenbeiss, W., Hassler, D. (2006), "An Assessment Of Ostensible Communications With A Deceased Grandmaster As Evidence For Survival", Journal of the Society for Psychical Research, Vol 70.2, No. 883, pp 65-82

Hitech vs Denker 1988
http://www.nytimes.com/1988/09/26/nyregion/for-first-time-a-chess-computer-outwits-grandmaster-in-tournament.html
Posted by Ersby at 12:55 No comments:

Following on from my post about Sandy Island, I found another example of a cartographic blunder. Not as dramatic, but still quite peculiar.

In the 1700s, Great Britain was a proud, sea-faring nation. It rose in influence until it could rightfully call itself a world power by the end of the century.

His discovery was confirmed two years later when angles to points in the Scilly Isles were measured from Land's End. It was not uncommon in those days for the co-ordinates of islands to be incorrect. The book “Tables of Positions...” by Purdy, published in 1816 contains many entries which are updated from previous erroneous figures, or are even an estimate given the available data, but those were mostly for isolated islands. As Mudge (quoted in Hudddart, 1821) wrote

“How in a maritime country like our own, where chronometers are in such constant use, so great an error as 26'37” in the longitude, should have remained undetected, excepting by one person, is surprising.”


References:
Huddart, J. (the younger) (1821), "Memoir of the late Captain Joseph Huddart", W. Phillips, London.
Purdy, J. (1816) “Tables of the Positions, or of the latitudes and longitudes, of places, composed to accompany the 'Oriental Navigator,' or Sailing directions for the East-Indies, China, Australia, &c.”
Purdy, J. (1825) “Memoir, Descriptive and Explanatory, to accompany The New Chart of the Atlantic Ocean”
Posted by Ersby at 17:24 No comments: