Me and Google agree

While looking on Google Maps for places in Japan I’d been to, I saw that a walk I'd done now had street view images. So I looked at it, and compared it to the photos I'd taken when I was their last year. I noticed the similarity between the two images below. Either the Google pictures were taken around the time I'd been, or that car's owner is very particular about how to park cars, or it hasn't been used at all. 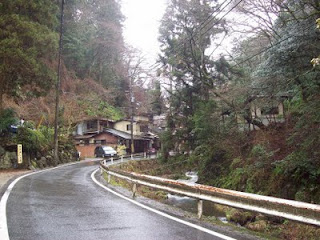 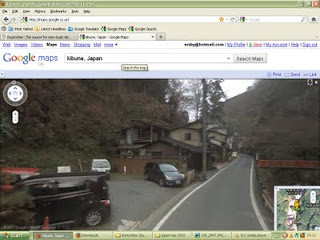 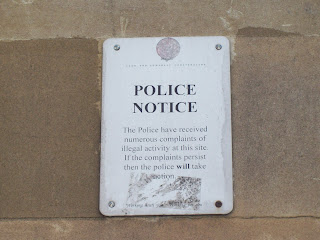 A couple of days ago I saw this sign up on a wall near Gloucester Road in sunny (for one day, at least) Bristol, and I found it quite funny. I thought it was from a bygone age when Dixon of Dock Green could fight crime by sternly wagging his finger.

But when I got the photo back home and zoomed in, I saw at the bottom a slogan: “Working with you, working for you.” This didn’t seem very old fashioned, so I did a quick search and it seems to come from a book by the Avon and Somerset Constabulary published in 1994. So nothing to do with the days of petty larceny and cheeky cockneys scarpering down the lane, more to do with community outreach programs and policing pledges.

I wonder if the sign worked.
Posted by Ersby at 13:26 No comments:

You can hardly call the circumstances “controlled”, since I was being told the method as we went along, and I’d had three pints before we’d even started, but nevertheless Tuesday saw me take part in an experiment to detect psi.

The event was a skeptic(ish) meeting arranged by Jerome and the person being tested was Matthew Smith, the Million Dollar Psychic. He’s a skeptic who’s decided to see if it’s possible to become psychic. He was going to do a talk about his progress so far, and the reason behind the whole thing. Since he was there, Jerome wanted to try and test Matthew’s powers.

Matthew says he is best at psychometry – the ability to pick up information by handling an object that is often carried/worn by the person. While Matthew was out of the room, Jerome asked for rings from four men. These were put in numbered envolopes for Matthew to “read” later on.

I was quite interested in my own reaction to all this. I don’t believe in psychic powers, but during the test (when it was just me, Matthew and an observer) I considered trying to concentrate on a word and pyschically send it to him, to try and get him to say it during his reading. But then I stopped since I thought if I succeeded I wouldn’t know for sure if it was chance, and also I would’ve ruined the actual experiment. So I didn’t.

Also, as we found out the results, I was pleased to see that the first reading matched so well with the person whose ring it was. Maybe we were on to something, I thought. And maybe we weren’t, since we soon found out that the same reading matched even better for another one of the four men. And it matched pretty well for a third.

In the end, only one of the four readings was picked correctly by the person it was intended for, which is to be expected by chance. Then we asked everyone in the room – about thirty people – who’d heard the four readings being read out if any of them matched them. About five or six people put their hands up. Which was surprising, since Matthew had tried to stay away from generalities and be specific, but even then, there’s enough leeway for people to read their own life into a few random sentences.
Posted by Ersby at 21:12 No comments: