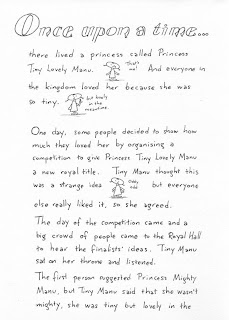 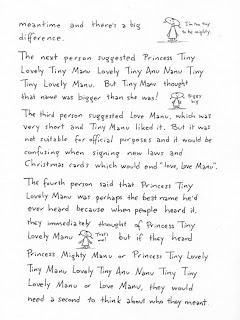 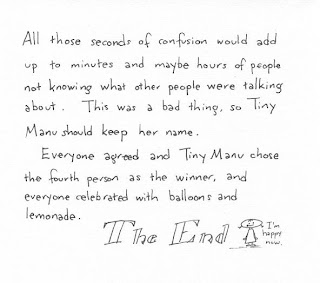 The Use of Exclamations of Surprise in Modern Music

The exclamation of surprise in popular music is an often overlooked subject in musicology. But there exists a rich vein of declarations and exaltations since the very birth of rock'n'roll. Little Richard sang "Oh my soul", and Jerry Lee Lewis exclaimed "Goodness gracious!"

In the 70's pop lyricists bought the cry of amazement to new heights. Famously, the song "Bohemian Rhapsody" by Queen (containing the phrase "mama mia") was knocked off the number one spot by the Abba song "Mama mia" - the only time an exclamation of surprise has knocked itself off number on in all musical history! Furthermore in 1971 Marvin Gaye sang both "Mercy me" and "What's going on?" in the space of one album. Giddy times, indeed.

Since then, things have cooled off for surprise in songs. Not including the use of "hello" (qv, Lionel Ritchie), examples become a bit sparse. Ian Dury said "knock me down with a feather", before the Bee Gees took the exclamation back to number one, with "You Win Again", which includes a section where they beautifully harmonise around the saying "Well, I'll be!" Genius. Will we see it's like again? Only the future generations of songwriters can answer that one.
Posted by Ersby at 20:41 2 comments:

If the ceiling's going to fall on my head...

then cancer won't be a problem.

That's how I rationalised my second cigarette of the evening while I soothed my nerves after sharing a kitchen with a falling chunk of plaster and a lot of water.Turns out the bath had been leaking since we got here and finally the ceiling gave up trying to hold it in and gave way. I was in the kitchen at the time. Luckily it's a big kitchen and I was about as far away from the disaster as it's possible to be, so apart from shock and a lot of swearing, I was fine.

There then followed a lot of phone calls to landladies and plumbers and an awful lot of mopping, and after a while the ceiling lost another chunk of itself. There's now a rectangular hole in the ceiling, about four feet by two feet, surrounded by a big damp patch and with bits hanging down. Lovely.

Luckily no one was hurt and not much was damaged. The DS is looking a bit damp, though. Jon is consoling himself with a trip to KFC and I bought some beers.

And somehow the baby slept through the whole thing.
Posted by Ersby at 22:01 No comments: 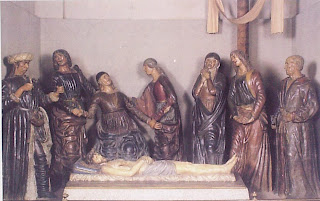 In the museum based at Palazzo Madama there's a wooden sculpture on display called "Com-pianto su Christo Morto" ("Lamentation over the Dead Christ"). It's apparently a fairly standard subject in religious art, and an example of which (unfortunately not the one in Palazzo Madama) is shown here.
The one in Palazzo Madama is worth mentioning because the whole scene is intact, except that whatever it was Christ was lying on is missing. Instead, Jesus is held aloft by a single metal prop, painted an inconspicuous grey. The result of which is that it looks like Our Lord and Saviour is doing a levitating magic trick which, judging by the expressions of those around Him, isn't going down too well.

I'd forgotten how boring Mondays in Turin are. A lot of shops are shut, especially in the morning. Anyone going to the shopping centre at the Lingotto would have been forgiven for thinking there was a war on.

Meanwhile, I'm happy that my Italian has stood up better than I thought. Although my friend's English hasn't. While speaking to her on the phone we tried to arrange to meet at a concert. I asked "Where?" twice and twice she misunderstood. I think she thought I said "yeah" the first time" and I've no idea what she thought the second time. It wasn't until I said "Dov'é?" that I got an answer.
Posted by Ersby at 14:50 3 comments:

So, in Turin for the first time in ages and getting confused by the Italian keyboard (three keys just for the @ symbol? No wonder their economy's struggling!) and also by the fact that when I log on to blogspot, everything is in Italian.

Walking around this morning was a weird experience, seeing old places and familiar streets. It was like putting your hand out to a mirror and it suddenly passing through. Memories that had been vague and dissolute suddenly snapped into focus, and also other memories long since forgotten jostled their way into my mind and demanded attention. Like when I went past a shop and remembered that it was my third choice place to buy beer, and the creaking noise that the doors in the building made.

For some reason, however, the water in the drinking fountains doesn't taste as clean as it used to.
Posted by Ersby at 09:02 No comments:

The first of a series of strips with a single storyline. Alas, I never got to finish it because the strip was dropped, but it was an interesting exercise.
Posted by Ersby at 07:17 No comments:

Yesterday I checked my email and I found a message from this agency I contacted last year, inviting me to a dinner. I was quite excited, but on closer inspection the email was quite abrupt and I kind of got the impression that I was supposed to know the other people involved.
To make sure, I sent an email back asking if they had sent me this email by mistake. The replied saying that they were sorry but they had. Oh wells.
Posted by Ersby at 08:04 No comments: