My predictions for Red Dead Redemption 3

Red Dead Redeption 2 came out four years ago, and since then articles guessing what direction the franchise will take have been popping up in my news feed. None of them ever seem to agree with my assumptions, so I thought I’d jot them down. This way, in the unlikely event that I am right, I can say “I told you so.” (Not just me, of course)
Oh, and spoilers ahead for RDR1 and 2.
Prequel or sequel?
Some writers have suggested that the most obvious choice for RDR3 would be to follow the story of Jack Marston. This would be great, and I'd love to see Rockstar do a game set during the Jazz Age but since RDR2 is a prequel to RDR1 then it would make sense for the third game to follow the pattern.
Also, I think that the story for RDR3 is largely already written and some of the footage already shot. In one interview the actor Peter Blomquist, who plays Micah, describes a hidden scene in which Micah and the gang leader Dutch dance together. Since that scene still isn’t found after four years, I suspect it has been removed and is meant for RDR3. And because we know Micah dies at the end of RDR2, it must be a prequel. Similarly, the end of the third trailer for RDR2 shows the town of Limpany on fire, but in the game itself the town is already a burnt out husk and nothing ever happens there at all.
All of this implies that RDR3 would be a direct prequel, with events leading up to the beginning of RDR2. 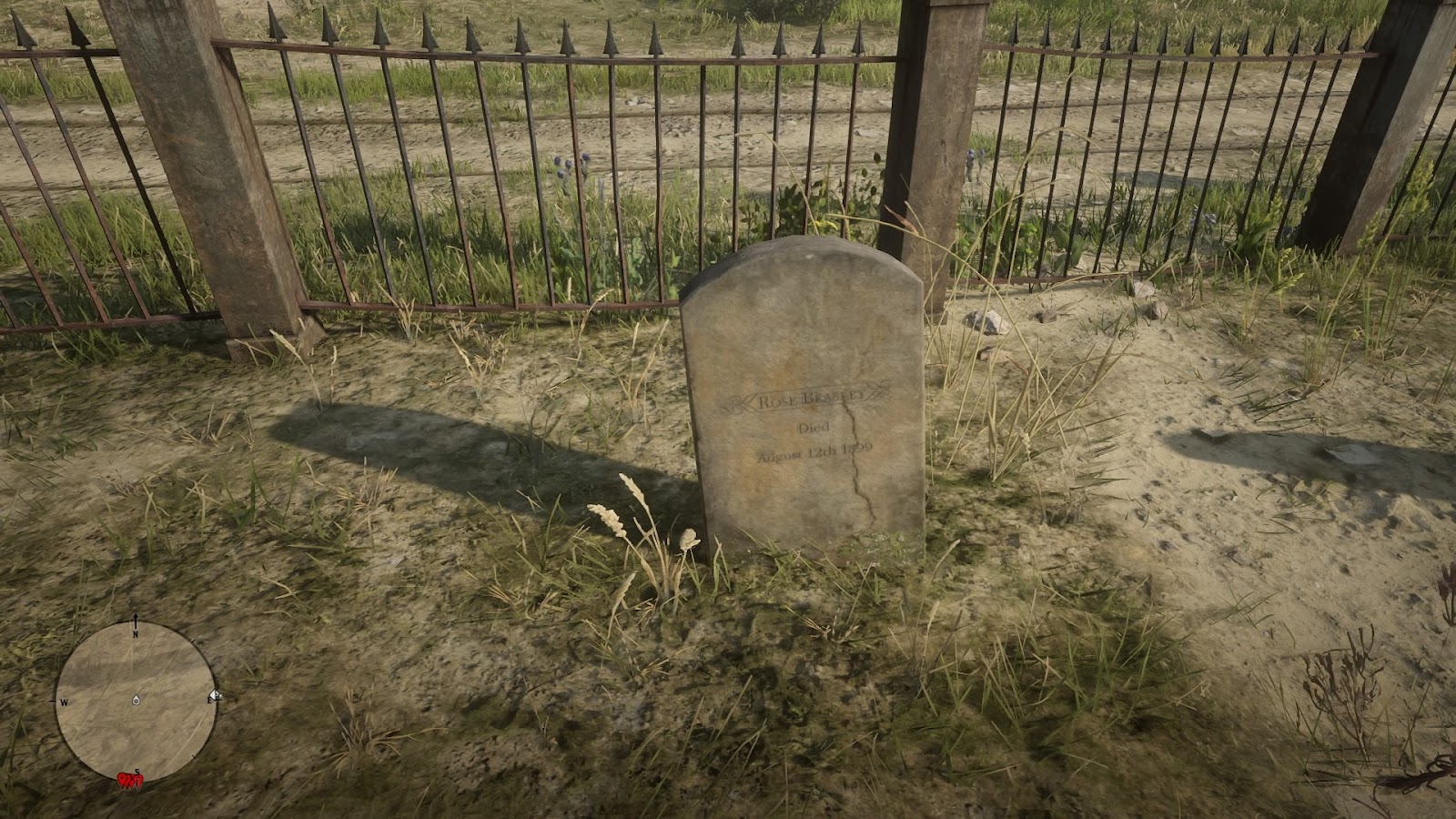 Gravestones give clues to some characters we might meet,
if RDR3 is set immediately before RDR2
Main Protagonist?
Since the main protagonist dies at the end of RDR1 (John) and RDR2 (Arthur) then we could reasonably assume the same will happen in RDR3. We have two possible candidates: Davey and Jenny who both recently died when the game begins.
I think Jenny is the most likely of the two, simply because we never see her body so we know little about her. She is sometimes mentioned in dialogue between gang members throughout the game which makes me think that her backstory is better understood by the writers than Davey's story.
Storyline?
If Jenny is the protagonist, then one would assume that feminist issues (the right to vote, domestic abuse) would feature strongly. But I’m inclined to think that because we never see her* that she could well be black or mixed race. This would imply that RDR3 will focus on slavery or, to be more exact, about peony if we bear in mind that RDR3 would probably be set in the mid-1890s. Peony was the method used after the legal abolition of slavery to keep poor workers (largely black) in low-paid work with few rights.
Epilogue?
At the end of RDR2 there is a lengthy epilogue and the chance for the player (as John Marston) to free roam around the map, occasionally completing any unfinished missions that aren’t story-specific. We know from dialogue in RDR2 that John goes missing at some unspecified time in the past and he isn’t part of the gang at the very start of the game. This would allow, after the story of RDR3 is told, for the player to take up the character of John and free roam for as long as they please.
Map size?
This is tricky. In RDR2, water acts as its southern border, but it has been discovered that there is a “slip zone” south of Flat Iron Lake, indicating that it was once part of the main game too. There are rowing boats, too, on the southern shore even though there is no legitimate way of getting there. 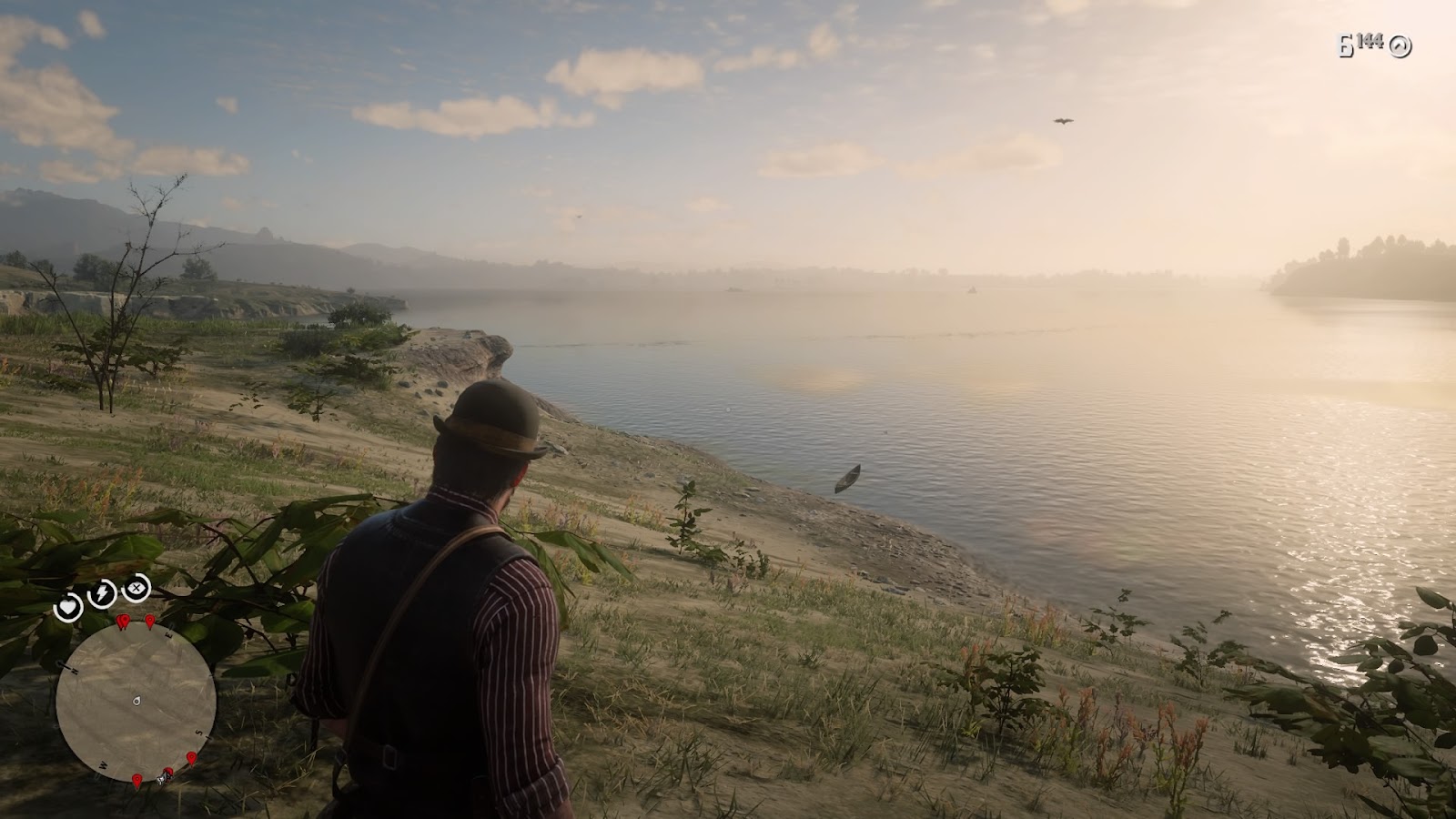 I have found two areas across the river from Thieve's Landing which are marked as hideouts, which is obviously the remains of some mission that had been removed. 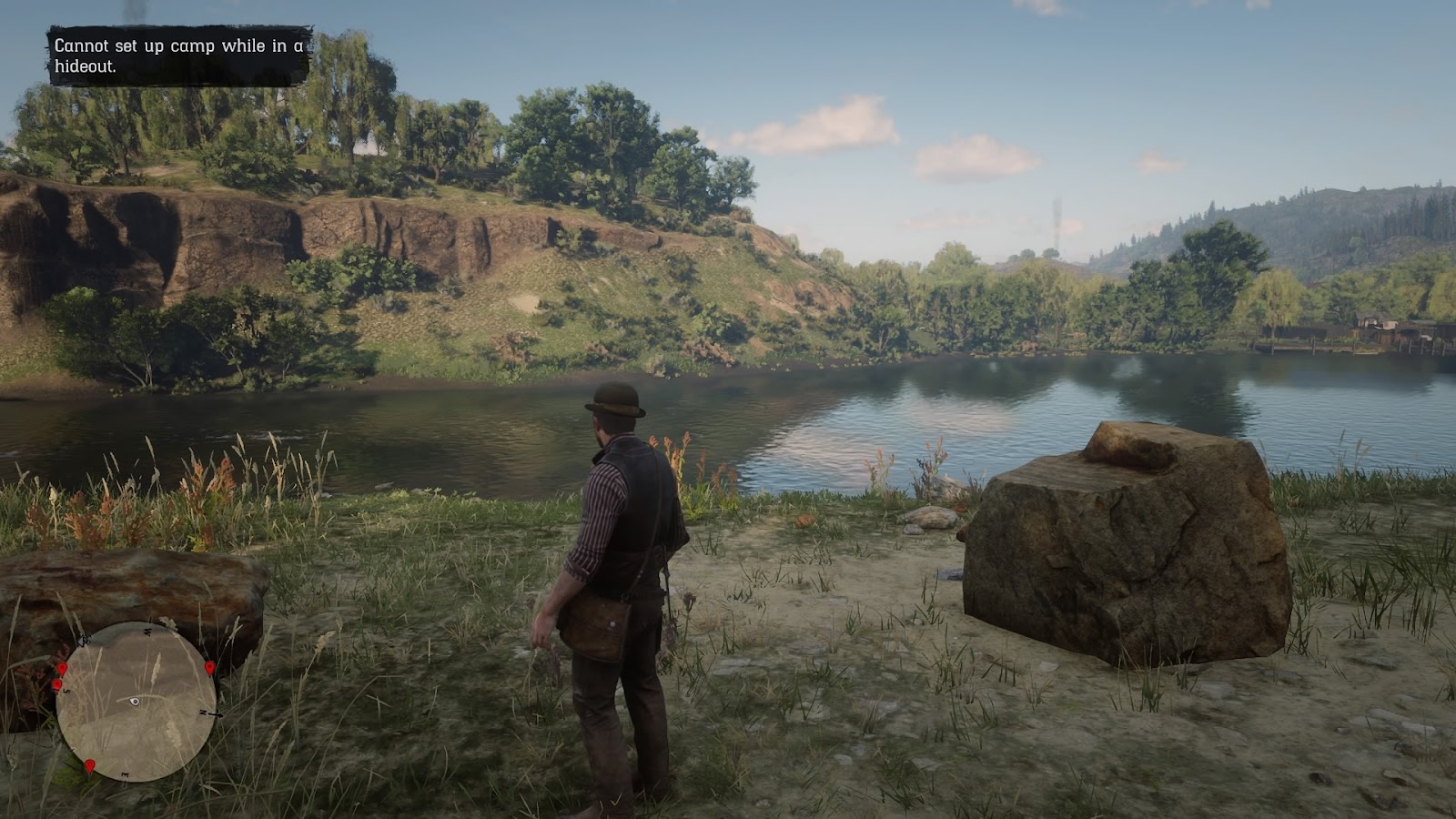 Also, further along the coast, is a right angled patch of discoloured ground which might have been part of a yard, indicating that a settlement was once going to be here. 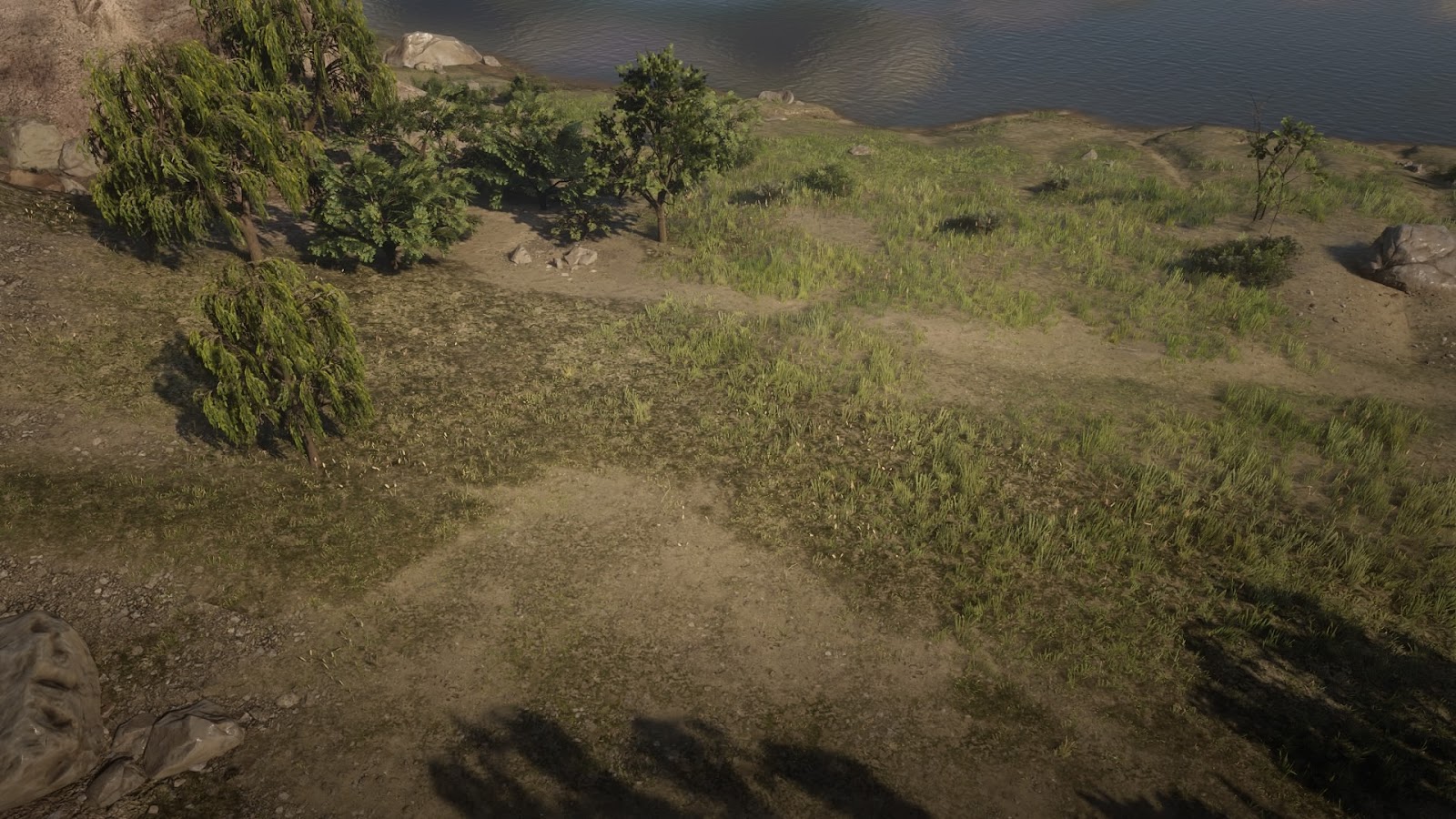 Finally, there is an area opposite Annesburg with a large number of wolves and cougars which I wonder might have been part of a challenge to kill them off before the gang was able to set up camp there.
All of these may be reinstated in RDR3. Or they may not. Either way, I expect RDR3 to have Flat Iron Lake more central in the map.
Beyond the “slip zone” the map continues for far longer than is needed. I’ve explored a lot to the south and east and there’s nothing more to suggest that this was ever going to be part of the game, apart from a dirt road that leads from a forest and up a hill but otherwise serves no discernible purpose. 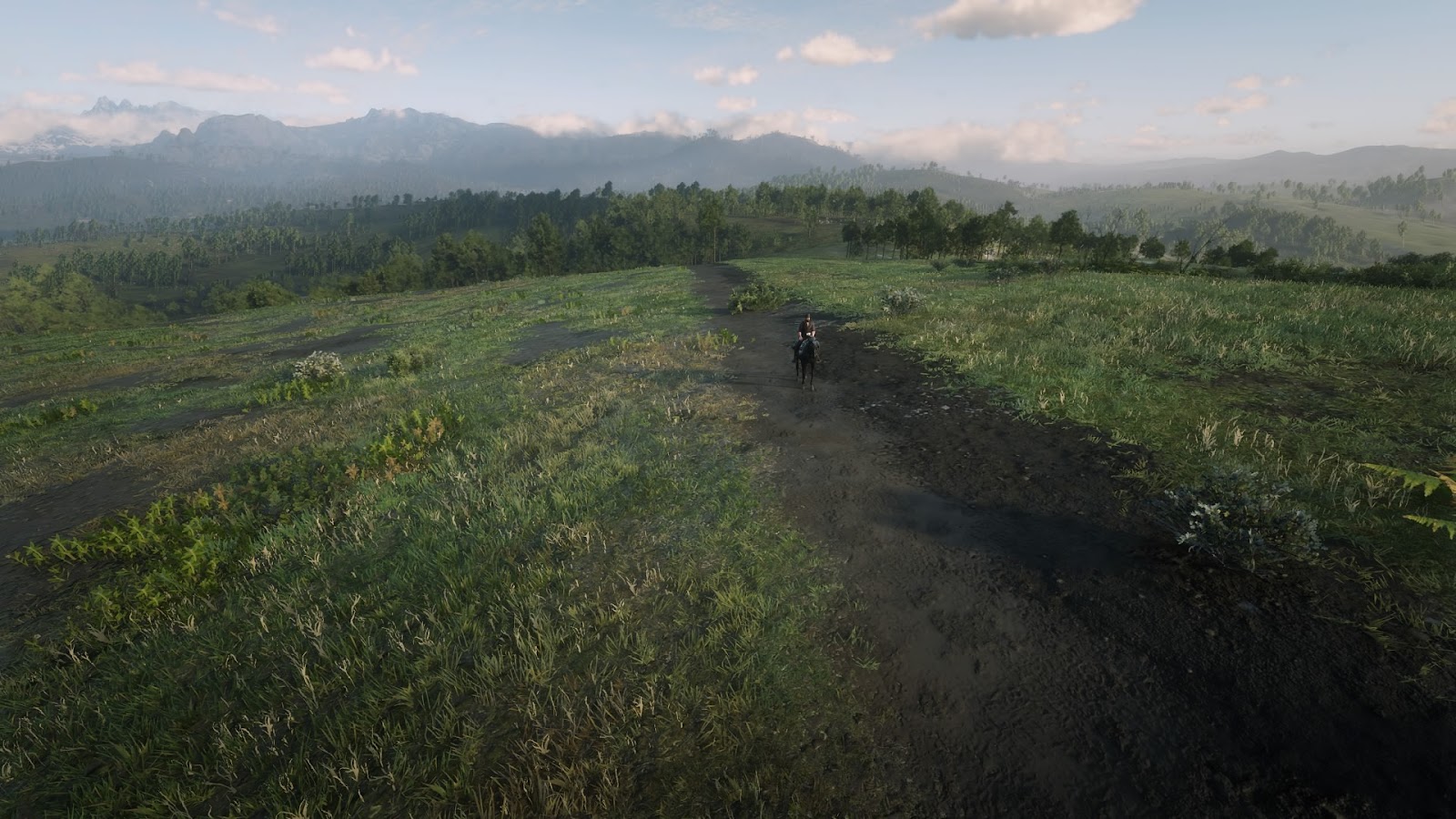 Release date?
No idea. Sorry.
* there is a sketch of her in Arthur's notebook which shows she has long dark hair, which would suggest white or Native American or South Asian. But equally, there are mentions of Lenny (who is black) having been in love with Jenny and, in 1899, a mixed-ethnic relationship between races would have attracted more comments about the racial aspect but in the game there are none, which makes me suppose that Jenny had dark skin. Her surname, Kirk, suggests some Scottish family or Scottish owners.
Posted by Ersby at 14:00 No comments: