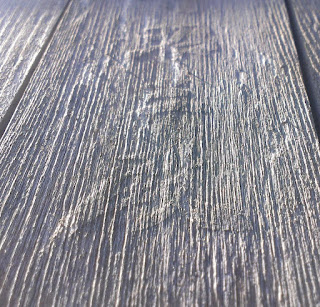 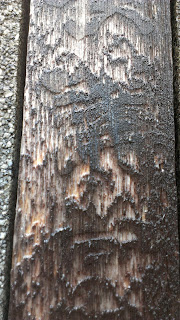 While walking around Japan and taking photos, I've become interested in occasions where kanji characters have become aged or distorted by natural processes. Perhaps something to do with it being a means of communication which, still, seems impenetrable to me which also has to get past an extra hurdle of the passage of time or the transience of materials. 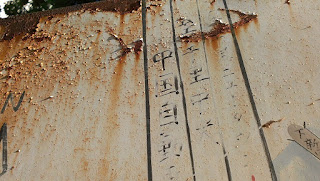 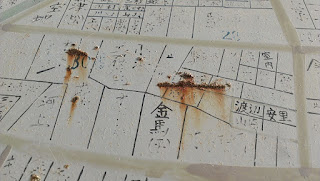 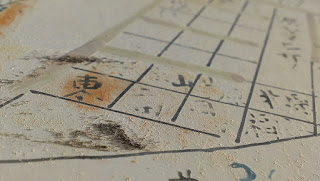 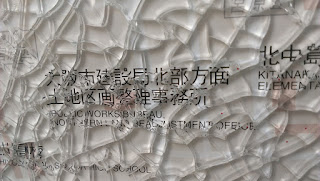 Today was the last session for one of the regular models who'd been there from the start, but she didn't say so until after the session. I wish I could say my last drawing of her was a magnificent, yet poignant study of the human form. But, in fact it was a detail. Of her hand. 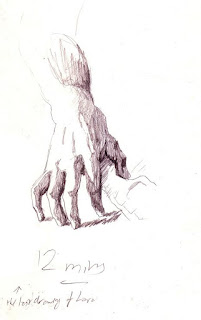 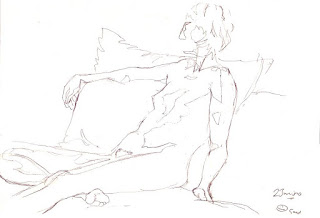 After my previous photo of a snail in the sky, another one appeared today. 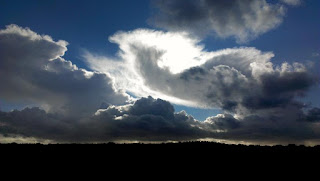 Prediction of the fate of John Franklin 1851

In 1851, a short article appeared in the New York Times describing how an unnamed woman was able to psychically visit ships and accurately read their instruments and thus give an account of their position on a given day.

"The (New York) Evening Post pointed out the other day the exact coincidence between the clairvoyant revelations of a young girl at Bolton, whose disclosures, when in a state of somnambulism, were reported at the time in the newspapers, and since in Dr. William Gregory's Letters on Magnetism, and the actual position of Capt Austin on 17th February, 1851." New York Times, 17th October 1851

This seemed very interesting, since it appeared to be a prediction published in newspaper before the exact latitudes could have been known. I decided to investigate further. While I could not find a newspaper article with the prediction, I found a passage from Dr Gregory's book (published in 1851) that read:

"The last observation of which I have heard, 17th February 1851, gave a longitude of 101° 45' W. At the same time, from Captain Austin's writing, which has also been frequently tried, she gave, for him, the longitude of 95° 45' W. She does not know whose ship it is, that, according to her, has met with Franklin, but she still speaks of three ships together.” Letters to a candid inquirer, on animal magnetism, 1851, p306

The first set of co ordinates belong to a ship captained by Sir John Franklin who was on an expedition to discover the Northwestern Passage. Dr Gregory describes:

"These [J Franklin's] ships she first saw in the winter of 1849-50, I believe She described the dress, mode of life, food, &c. of the crews. She saw and described Sir John, and said that he still hoped to get out, but was much surprised that no vessels had come to assist him. She frequently spoke of his occupations, and when asked the time of day, found it either by looking at a timepiece in the cabin, or by consulting Sir John's watch." Letters to a candid inquirer, on animal magnetism, 1851, p304-305

However, I couldn't find any further confirmation of this prediction, despite the newspaper article talking about the "exact coincidence."

I did a little more searching, and found that Captain Austin was indeed at that longitude (approximately) at that date. The only downside was that he was on Griffith Island, not on a ship. In fact, he hadn't set sail since the previous December which calls into doubt her description of "three ships." Also, Captain Austin failed to meet with John Franklin during his search.

However, perhaps the greatest mistake lies with the fact that John Franklin had actually died in 1847, some two years before she started to psychically locate him and his crew. But this was not discovered until 1859, and Dr Gregory died in 1858, so we do not know what reaction he would have given to the news. 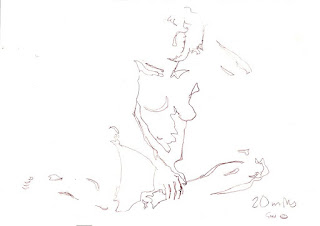 Only one drawing worth anything this week. Well, that's what I think at the moment. It's funny how you can look at a drawing months later and decide that, actually, you really rather like it. I was looking through an old sketch when I found this in the middle of an otherwise pretty dire session, and thought it was really rather good. 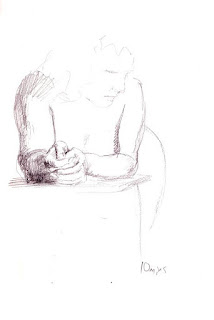 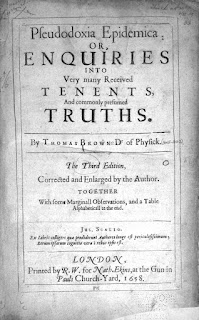 Some of the beliefs he knocks down are just silly, with our benefit of a great deal of hindsight. "Elephants have no joints", and "Storks only live in republics and free states" are two of the more peculiar. It also includes some things that I was taught as a child (That the mandrake resembles a human) and even one thing that I thought up until today (that the forbidden fruit in the story of Adam and Eve was an apple).

Perhaps most interestingly, it talks about the position and motion of the sun relative to the Earth: A scientific controversy which was very much undecided in his day. Unfortunately, he talks at length about how the oblique angle that sun moves around the Earth as being proof of God, since too flat an angle or too steep would not have as great advantages as we see now, so this angle must've been chosen.

With regards to the recent scientific findings of the day, he writes:

"Now whether we adhere unto the hypothesis of Copernicus, affirming the Earth to move, and the Sun to stand still; or whether we hold, as some of late have concluded from the spots in the Sun, which appear and disappear again; that besides the revolution it makes with its Orbs, it hath also a dinetical motion, and rowls upon its own Poles, whether I say we affirm these or no, the illations before mentioned are not thereby infringed."

In other words, it doesn't matter if Copernicus is right or wrong, or if the sun rotates on its own axis or not. It's still evidence of a benign creator. It's a pity he didn't go into the debate in more detail to see what he really thought, but just because someone can see mankind's follies in the past, doesn't necessarily mean they can see the follies of the present, much less the future.

However, according to Wikipedia, Thomas Browne did have quite an impact on the future, since his works feature the first usage of the words Electricity, Medical, Pathology, Hallucination, Literary and Computer (meaning a person who can do arithmetic, not the electrical apparatus).
Posted by Ersby at 20:52 No comments: 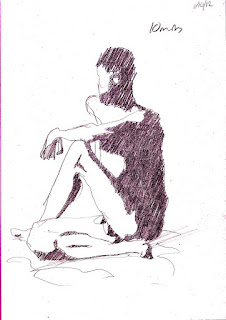 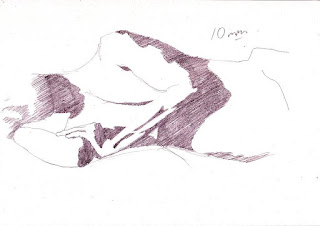 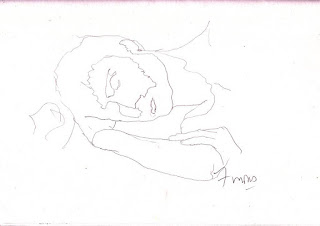 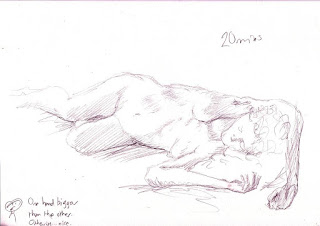