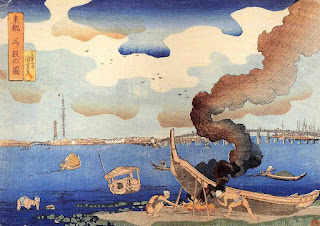 Recently I heard about a Japanese art print dating from the 1850s which appears to predict the construction of the Skytree: Tokyo’s newest and tallest building. 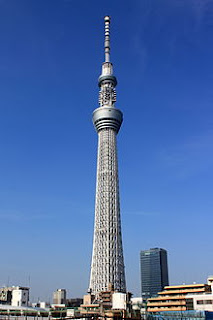 The English title of the painting is “Caulking Boats” and it was drawn by Utagawa Kuniyoshi and in the background, a cityscape can be seen. Next to a watchtower, there’s a strange spindly tower rising far above the rest of the buildings. This building looks so odd, that it’s easy to believe that it was never actually there and may have been part of some kind of vision.

The first time I saw it, I found it quite a convincing piece of evidence for a premonition. It was definitely from the 1850s, and I couldn’t even begin to imagine what the purpose of such a building would be.

However, it’s easy to misinterpret images from other cultures and ages, so I tried to find out more to put it in context. I couldn’t find any contemporary reaction to the art work, since what may be mysterious to us, may not be mysterious to someone of that time.

While researching this, I’d often read blog posts with a quote from a professor, stating that this tall tower can’t have existed, since no building was allowed to be taller than the Imperial Palace, giving their articles a touch of academic research.

Before long, I found that this type of structure had been depicted by other artists in other pictures. It appears to be a tower that’s used in the making of a well. It’s an exaggerated version of one, certainly, but that’s what it seems to be.

I’m interested about the stages this picture went through before it became this big mystery. First, the people looking at this at the time, it would’ve been obvious what it was. Then there must have been a time, where no one really paid it much thought. People either knew what it was, or they didn’t find it mysterious. Then finally, the print was reassessed in light of the new structure by which time, most people were unable to identify the structure’s initial purpose. 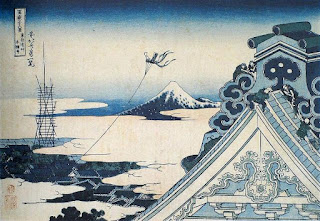 It’s a fascinating example of how, when faced with gaps in our knowledge, we fill them in with our own ideas of how things ought to be according of our understanding of the current world. Rather than trying to see things through the eyes of a contemporary witness. 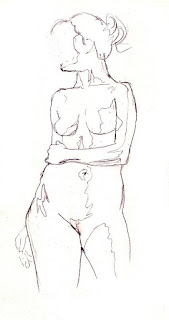 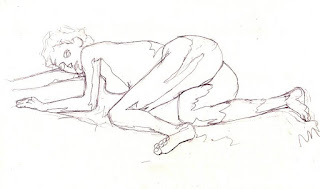 Recently I've been interested in "twin years": years which have identical dates. For example, you could use a calendar for 2012 in 1804, 1832 and 1860 (and others). I've been looking at 1792 recently, since it's the first twin year for 2012 after the launch of the Times newspaper so between The Times and The Annual Register, I have plenty of sources about that year.

On the 9th May 1792 someone broke a hole in the ceiling of a toilet under the House of Commons, and stuffed the gap between the joists full of combustible material including some trousers. But the smell of burning was discovered before the fire could really take hold and a disaster was averted. The mistake the arsonist made was to use trousers made of wool, which did not burn well. 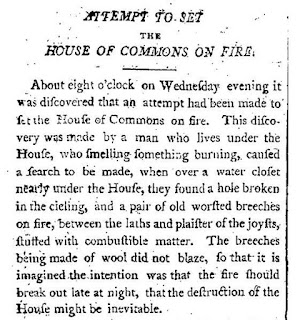 Compared to the Gunpowder Plot (with its background of religious intrigue, explosive nature of the attack and the huge loss of life that would've occurred had the attack been a success) this attack is little more than attempted arson, and the perpetrator was never caught, so with no evil wrong-doer for the media to write about and vilify, the event quickly slipped into obscurity.

I suppose that's why we celebrate Guy Fawkes Night and not "That guy who might have been anyone" night.
Posted by Ersby at 09:52 No comments: