Glueing money to the pavement 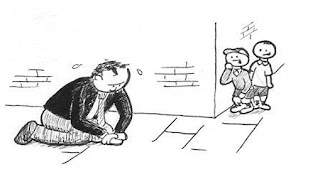 In the olden days, it was considered hilarious to glue money to the paving stones and laugh as people tried to pick it up. Nowadays no one stops for anything less that £1 and, frankly, if you've got a pound, you may as well spend it.

Having money on a thread 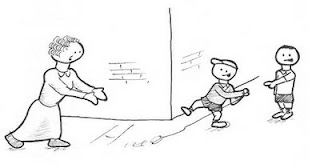 See a pattern emerging here? It must've been something to do with the great depression. Oh, and apparently thread was invisible in those days.

Putting a brick under a hat 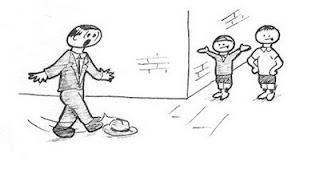 People in the olden days loved to kick hats. So if you put a brink under a hat in the street, passersby wouldn't take it and keep it (although these are the same people who'd pick a tupenny bit off the floor), instead they'll kick it with all their might. Hence the disguised brick. And fractured metatarsal. These days brick and hat have been replaced by a pile of leaves carefully placed on top of a fresh dog turd. 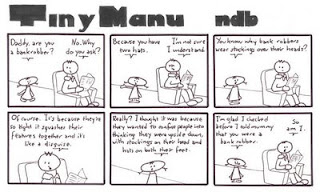 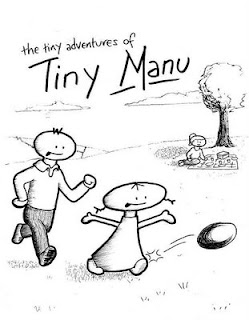 An old-fashioned paper comic of Tiny Manu's best stories, plus a few that haven't appeared on the site, has been put together by me and is available at the knock-down price of £2.50. Since I don't have any smart internet shop thing, you'll have to email me and we'll sort something out.
Posted by Ersby at 10:52 1 comment: